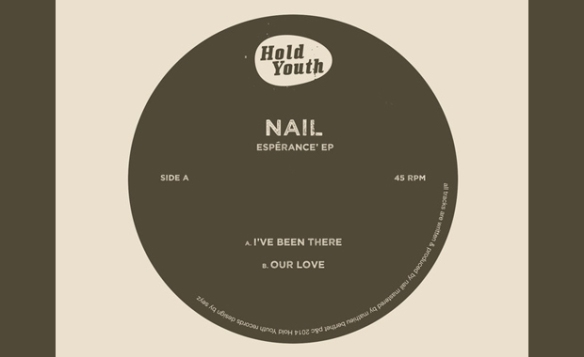 Credits:
Riding on the back of a surge of interest in De La Club, the debut LP from Hold Youth, comes a smartly picked repress of House don Nail.
While the duo is known for their eclectic vision of dance music, the first repress on the label I’ve Been There EP is in fact an exemplary example of straight-up, no-fuss House. Enjoying a modest comeback of late both as a producer and DJ, Nail originally released Full of Beestone Promise EP on DIY Discs in ’97. The stronger two of the four tracks will be repressed one on each side, ‘Our Love’ and ‘I’ve Been There’, distinctive for its melodic vocal and recent inclusion in the Apollonia fabric 70 compilation.
While we have become accustomed to Hold Youth’s diversification of sounds with the current LP, I’ve Been There reminds us that a pigeon-holable classic can be highly refreshing.
Special Specifications
All Tracks written and produced by Nail
P&C Hold Youth 2014

DE LA’FUNK | FDLF07 – Da Widu (Paris)
Traveling allows one to experience cultural perspectives from around the globe.
Sharing that perspective can build friendship, and memories lasting a lifetime!
In the next episode of season two; We feature label head, shop owner, and good friend, David!
Humbly releasing the music he cared for the most, in doing so, became one of the respected entrepreneurs of our community.
Read the full interview, here: bit.ly/1nOJgKF 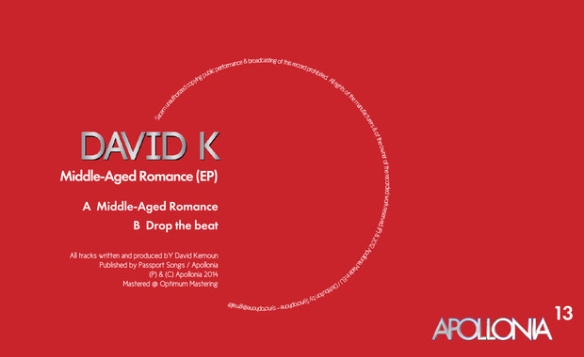 Tracklist:
A. Bona
B. Delta

Credits:
The Point G series from DJ Gregory continues apace with a fifth installment, sporting a double dose of house goodness from the French DJ legend. There’s a notable crunch and punch to the swinging analogue percussion here, which sits somewhere between broken beat, 808 electro and his once renowned Africanism-era Afro-house productions. “Delta” peppers its staccato rhythm with exotic vocal samples and occasional chords, but wisely lets the groove do the talking. There’s a slightly sweatier, bassier feel to “Bona”, even though it revolves around the same sparse but hard-hitting elements.

Credits:
After an astounding year for Apollonia storming all corners of the earth, the three welcomed further success with a momentous fiesta at BPM to commence 2014. Working the label in tandem, the list of pioneers featured thus far – POINT G, Callisto and Kerri Chandler – is mighty impressive. Jovonn is a name that sits naturally alongside them, the difference being that the forthcoming EP on Apollonia is not a repress but juicy new productions.
A highly respected international DJ and producer hailing from Brooklyn, Jovonn made his mark within the underground House scene with classics such as “I Can’t Make Up My Mind”, “Garage Shelter”, and the standout collaboration with DJ Deep “Back In the Dark”. An intrinsic inspiration to the Apollonia trio, a personal relationship first formed at WMC Miami last year. Enjoying a production comeback following music on Dogmatik and La Vie En Rose in 2013, talk of working with Apollonia has fruitfully resulted in “The EP”.
Proving he can still produce a House bomb with ease, “Trippin” is a Jovonn future classic dripping in sexy hushed vocals, with a dub alternative that sticks to the track’s fundamentals. “The March” journeys forward into the deepness of dreamy synths, while the contagious beats lure you into a swinging metronome effect. In the words of Jovonn, “it’s spiritual.”
Catch Jovonn playing alongside Apollonia at Treehouse on 24th March, as part of this year’s WMC Miami festivities.

Tracklist:
A. “Procrastination”
B. “Anytime But Later”

Credits:
The two french guys are close friends. It all started a few years ago, after meeting in an exhibition, they started making music together. And the two cronies have this thing in common, they are perfectionists. It’s a threat, they’ve been working over and over tirelessly for years with the strong belief of getting to the right direction. Doubts, convictions, stories, evolution, creativeness, discovery, hesitation for years, and now Vedren & Leiris have finally decided to bring out their first EP on Minibar!! And the story begins…

Credits:
A lush 90s vibe haunts this first offering by new Parisian talent Voiron, but not one of simple nostalgia – one of real class. The glittering layers, futuristic architecture and spaceship motions of opener “Radime” bear the true density of some early Warp and Reflex classic productions. One doesn’t need to go any further to feel that the sleek skyline and mental landscapes Voiron draws here might be the natural extension of those started by Aphex Twin’s Selected Ambient Works or even 808 State’s Hacienda dance cuts.

“Channel 5″‘s wise chords and vintage drum pads only confirm that lineage, and so does “Zenzone”‘s acid-tinged electro. It takes a reshaping of the EP’s main theme by American producer Fred P to digress towards soulful deep house territory. All that makes Radime a new strong number in the Concrete Music catalogue, and a charismatic statement for young producer Voiron, who’s already supported by modern house heavyweight Photonz and several big names on the Paris club scene. 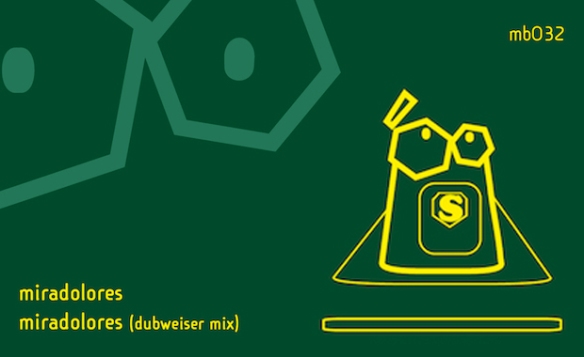 Credits:
Adsum is bringing us a 2nd e.p. for Minibar032… This time on the way back from his planet he collided with Cabanne who just happened to be there, freeflying for no reasons, ordinarily they should have exploded in the upper atmosphere, and most of the solids changed into thin air, but a particularity occurred called Cabsum. It ended up in 2 version of Miradolores, this long awaited Adsum track revisited by Cabanne on the B side. So give an ear to this one, and the rest of your body will join the ride for sure.