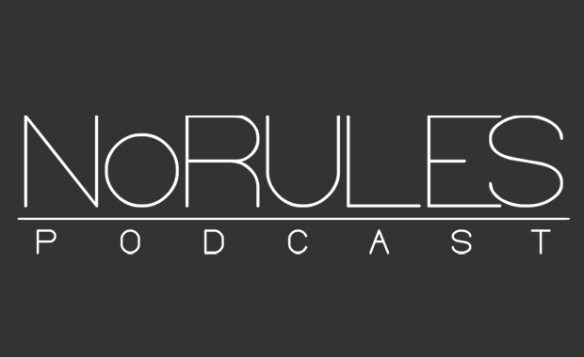 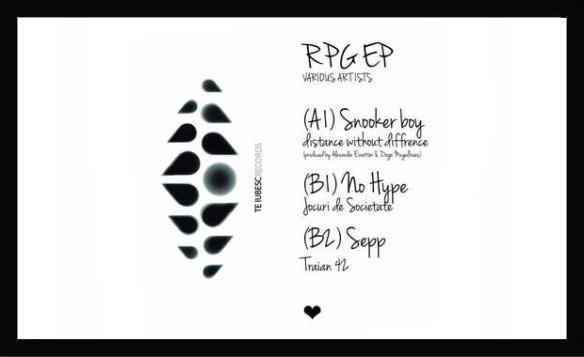 Credits:
This second opus is first of all Te Iubesc Records’ confirmation of their desire to give a chance to young and raw talents to express themselves on vinyl, and therefore show the world who they are. But second of all, with this release TIR wanted to demonstrate that they are not “all about romanians” as they were criticized wrongly before. “Romania was just a path to greater music”, wherever it comes from.So unlike the first one, this edition is a Various Artists and features artists from 3 different countries, Romania, Portugal and Germany. RPG as standed in the name of the EP.It’s less dancefloor oriented, but the depth of those 3 tracks will surely make you travel if you hear it in a club or from your couch.The first track by Alexander Einetter (Germany) & Diogo Maghalaes (Portugal) is really dear to us as we invested ourselves 100% on it by recording vocals in a professional studio in Paris. But besides the special meaning that it has,this 15 min track is really well made,changing grooves, fine percussions and deep atmospheres will take you on a long distance journey,with no difference if you’re listenning to it at home laying down or in the middle of a crowd on a loud soundsystem.On the B side, both of the artists No Hype and Sepp are romanians and provide here subtle,minimalistic constant beats to which they add some of their magical inspirations.Jocuri de societate has an unusual construction as it’s made in a way that the whole track builds up to finally gently explode the last 3 minutes.No Hype, originally romanian but living in germany is under influence of both countries, and made from those a sound that is really his and no one else’s, deep and hypnotic.Whereas Sepp goes straight to the “groove” point with Traian 42,he takes you higher with that deep dark vocal on top of it and with his slapping claps and snares.Coming from the black sea coast, he’s now a well respected producer on the local scene,as lots of his productions have a big support from Arpiar!

Get your copy! “Just Orders” Not Accepted!! 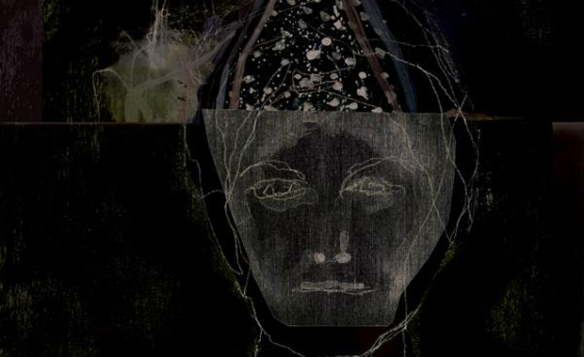 Tracklist:
A1. Attachments Of The Past
A2. Now Not No

Credits:
Tracklist A.Attachments Of The Past B.Now Not No For Hello? Repeat’s 21st release, label head Jan Krueger turns to Vera, a longtime friend and fellow Berlin-based DJ who shares his taste for understated grooves. Vera’s production catalog is short but sweet: she’s always been a DJ first and foremost, a skill she honed at Frankfurt’s legendary Omen club and during residencies at Robert Johnson and Monza Club (both in Frankfurt and Ibiza), but the records she has released show an incredible knack for deep and sophisticated club sounds, informed by innovators like Maurizio and Wolfgang Voigt’s Studio1 project. Over the years she’s put out a few solo EPs on labels like Oslo and Cargo Edition, while also teaming up with Maayan Nidam as Mara Trax, a hotly-tipped duo whose last EP, Sensibilia, was one of Perlon’s best in years. Her Hello? Repeat debut shows her doing what she does best, with two cuts of smart and elegant deep house. “Attachments Of The Past” is the kind of track the creeps up on you. At first it feels like a nicely crafted DJ tool-crisp drums, snappy driving rhythm, small textural flourishes-but soon a weird tension emerges, first with with a nervously climbing melody, then the vocal bit that forms the hook: “let go of the attachments to your past.” Suddenly it’s reflective and dead serious, a mood that’s offset by its perfectly funky rhythm. “Now Not No” experiments with composition a bit. Here the bass is thicker, but the four-four pulse is broken, falling into a lurching, slightly stepping motion while delayed snares flutter in and out of view. Abstract vocal bits and hovering pads make make it all the more hypnotic. This is precisely what makes both Vera and Hello? Repeat stand out: a production style that’s at once subtle, propulsive and slightly mezmerizing.

Be quick to get your copy!

Credits:
Encouraged with success of the starting release and celebrating Resident Advisor’s ‘Label of the month’ title the second vinyl just got, Arma Label puts another record to spin.
The third unit includes two tracks by Andrey Zots, who clearly has something to say as a regular of Arma’s strongest events and has talent to do that with style.
The beloved Arma’s soldier Rhadoo grants his name to the release as a producer putting effort into remix of Andrey Zots’ track ‘Ty El’.