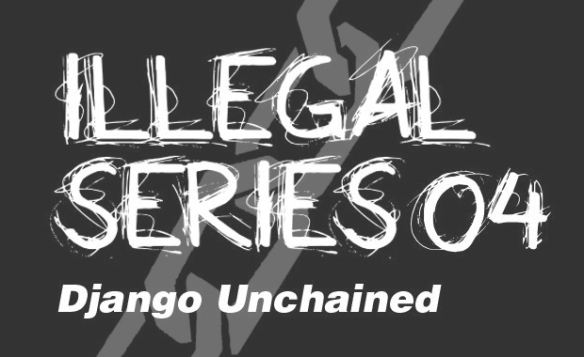 Credits:
Illegal Series is back on the shelves with another slice of bootleg goodness. This time is Tarantino’s ‘Django Unchained’ to get the dancefloor treatment from an undisclosed artist of the Berlin scene.  Already played by Alex Picone and extensively road-tested on the DC10 terrace by Dyed Soundroom, ‘Django Unchained pt 1 & 2’ is set to be a subtle killer on the floors. The A side is a slow & deep tech affair, with a darkish mood. On the B side the tempo pitches up and changes the vibe. Don’t sleep on it!

Tracklist:
A. Tommy Vicari Jr. – A. Ancemani Dub (5:04)
“Tommy Vicari Jr.’s latest release opens up like a train pulling out of the station on a single track, with beats that pass through a tunnel that exits into the great horizon of sound.  Side “A” features a dub techno upbeat that evolves with each additional drum element accompanied by a simple yet contagious filtered melodic synth.  Just when you thought this was your stop to get off the train, TVJR strips it back to the skeletal core allowing the nucleus of the kick drum to echo without any distraction as we depart back into the horizon of this full soundscape only to leave those who couldn’t handle the ride behind in the dust” (Brandy Eve)

B1. Tommy Vicari Jr. – B1. Stap V Dub (6:54)
“As we get off the “A” train, we turn to side “B” and begin a heavy journey taking us back to somewhere around Detroit days where the beat metastasizes into a combination of filtered symbols accompanied by a simple kick with subtle bass lines.  It’s basic elements fuse together creating a forceful sound that could put any dance floor into a moving trance” (Brandy Eve)

B2. Tommy Vicari Jr. – B2. Notions Pt. 1 (5:53)
“The second track on side “B”, TVJR ties this whole experience together with a nostalgic melody and deep bass over a beat that won’t let you sit still.  It’s the kind of song you listen to just when the sun is coming out and all the night’s memories are summed up in this one track.  You look around, everyone moving, got your sunglasses on but you can all still see deep inside one another” (Brandy Eve)

Thanks to Brandy Eve and OnceWasNow

Credits:
Before Dj Gregory was Point G. Point G is an alias used by the french produced to explore a gritty, raw sound steeped in abstract vibes but with a very basic approach, which makes it all the more captivating Making a strong impact on the underground scene in the 90’s, POINT G gained much respect amongst his peers with timeless releases like The Raw EP, On The Raw Again EP….
Originals vinyl copies of many of Point G’s early tracks are notoriously hard to find, giving this comeback even more kudos.

Credits:
It came as a great surprise when Nail accepted to press on vinyl the 2011 produced ‘BPMs Vol.1’ he had so far only released through his own website. Nail has been one of our favorite producers for quite some time now and his relentless beats always part of our selections. One half of UK electronic act Bent, Neil ‘Nail’ Tolliday has released a series of solo records between 1994 and 2000 on Classic and DiY, the imprint developed by the Do It Yourself free party collective formed in 1989 in Nottingham.Nowadays, Nail releases new music under various aliases on his own GFI Music website, on which the ‘BPMs Vol.1’ was released in 2011. Two titles out of the six originals were especially extended for the occasion. ‘Bulldogz’ and ‘Fucked Off’ come surrounded by four shorter titles all developing a very special realm… 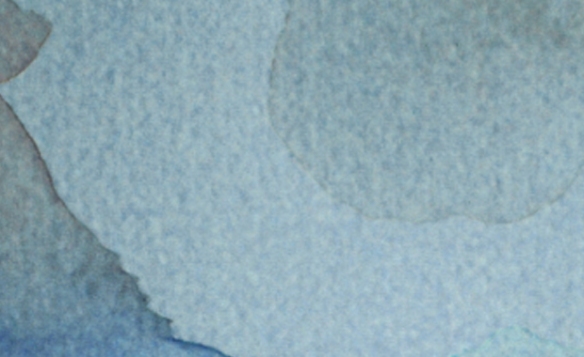 Credits:
The first of two remix discs of Ivano’s excellent LP. Up first are Bristol residents ‘Outboxx’ who bring a slick electro vibe to ‘113’; Chilled and melodic with a classic sounding b-line, this is one of the best remixes to feature on the label to date. Flip for two remixes by Roger Gerressen, a member of the ESHU collective along with Mr Tetelepta. His ‘117’ remix is a slick house affair again with the b-line very much in the fore. His take on ‘119’ is a much deeper affair, dubbed in it’s outlook with the melancholic piano stabs of the original a main feature. 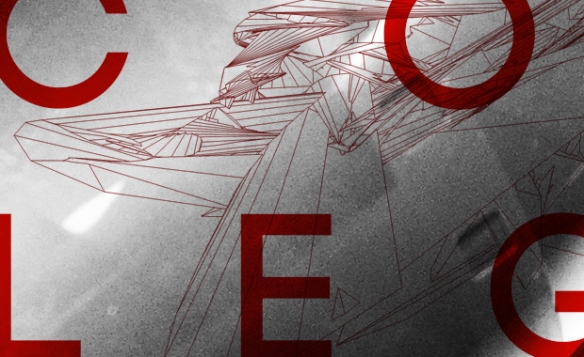 Credits:
Immediate download of 3-track album in your choice of MP3 320, FLAC, or just about any other format you could possibly desire.
(for those that have been asking me for the tracks, press BUY NOW and just enter “0 euros”. it’s F R E E, like it says it is)

Credits:
This second opus is first of all Te Iubesc Records’ confirmation of their desire to give a chance to young and raw talents to express themselves on vinyl, and therefore show the world who they are. But second of all, with this release TIR wanted to demonstrate that they are not “all about romanians” as they were criticized wrongly before. “Romania was just a path to greater music”, wherever it comes from.So unlike the first one, this edition is a Various Artists and features artists from 3 different countries, Romania, Portugal and Germany. RPG as standed in the name of the EP.It’s less dancefloor oriented, but the depth of those 3 tracks will surely make you travel if you hear it in a club or from your couch.The first track by Alexander Einetter (Germany) & Diogo Maghalaes (Portugal) is really dear to us as we invested ourselves 100% on it by recording vocals in a professional studio in Paris. But besides the special meaning that it has,this 15 min track is really well made,changing grooves, fine percussions and deep atmospheres will take you on a long distance journey,with no difference if you’re listenning to it at home laying down or in the middle of a crowd on a loud soundsystem.On the B side, both of the artists No Hype and Sepp are romanians and provide here subtle,minimalistic constant beats to which they add some of their magical inspirations.Jocuri de societate has an unusual construction as it’s made in a way that the whole track builds up to finally gently explode the last 3 minutes.No Hype, originally romanian but living in germany is under influence of both countries, and made from those a sound that is really his and no one else’s, deep and hypnotic.Whereas Sepp goes straight to the “groove” point with Traian 42,he takes you higher with that deep dark vocal on top of it and with his slapping claps and snares.Coming from the black sea coast, he’s now a well respected producer on the local scene,as lots of his productions have a big support from Arpiar!

Get your copy! “Just Orders” Not Accepted!!