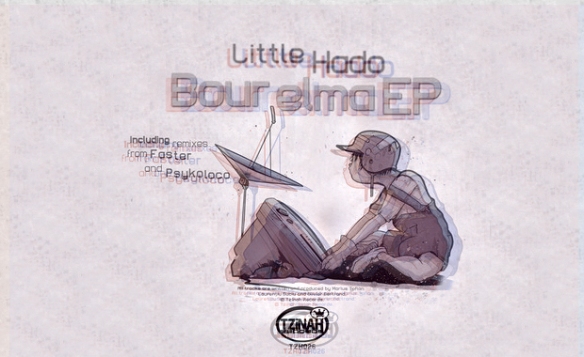 Credits:
After we released our third VA where we presented old and new artists it’s time now to reveal our new family member Little Hado. He signs ‘Bourelma EP’ after having his first vinyl out at Pleasure Zone Records and new releases at SoundCrossing and Derivat Records. For completing this ep we hocked up our family friend Faster and from Paris our new remixer Psykoloco.
Little Hado brings the romanian soul into our collection. ‘Bour’ has a really nice groove and a playfull set of drums and percussions will catch you from the begining till the end. It’s a must to be played and listened on a big sound system for the rhythm to flow as it should. Also in ‘Elma’ all the action starts with a massive bass. It’s a fight between some shakers and a pair of drums ready to explode. Watch out! All the snares from ‘Bour’ are played nice by Faster in his remix. It seems like he had a big and interesting journey with the percussions creating a street atmosphere which reminds us Bucharest underground. Pskyoloco on the other side, sees in ‘Elma’ an very interesting groove that grows more and more ‘till the best part the story starts. French flavor of course, we are drown to the vibe and we love it!
Faster is having some nice releases for labels like Bloop Recordings, Broquade and Draft and with this remix he remains in our top artists. And with Psykoloco active at Cadenza, Limonada Rec and Anhura Records it just makes this EP having all the love ingredients that it needs. We love Little Hado’s style as well and ‘Bourelma EP’ is a lovely step forward in our thoughts for romanian artists. 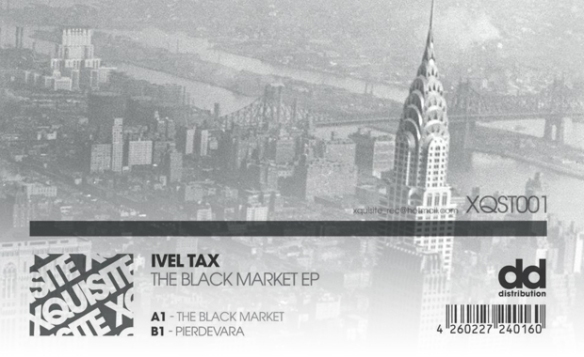 Tracklist:
A1. Samuel André Madsen AKA Rev-S – This Thing 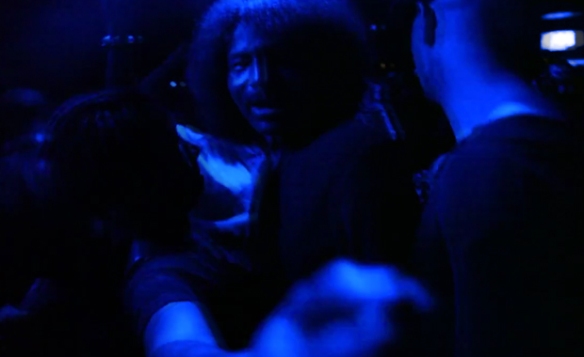 Wich elements have mostly influenced your musical attitude?
“I love a lot of kind of music . So I don’t listen to only dance music. But most influence for me is jazz , I think jazz is the birth of all kind of element of music.
My favorite label is “Strata east”, “Black jazz”,”Tribe”…Before I’ve met jazz & all kind of music spirit , I play hard music in term of noise.I thought noise was core & birth of music before rhythm. But I fall into surface of suicide because I love hard noise so much . I was killed by music once, but I got hope by spirit of music again. And I was really influenced by words of Carl Craig “revolutionary art is not determined by its avantgarde content”.
–
–

Japan is for european people a fantastic land to discover, all the dj want to play there, what can you say about clubbing in your country? how people get in touch with club music?
“Yes Japan is really fantastic land really. Once in Shibuya had so many Vinyl!!!!! So Japanese DJ collect so many kind of music !! & Japanese club scene , yes Tokyo is nice , but many local area have great club scene. For example , my hometown Nagano. there are many kind of music scene, Deep House, Techno, Hip Hop ,Reggae, Jazz, so many music lovers there.. & I respect my hometown Techno label “Human Race Nation” , this label provide quality techno, I really respect my senior…
–

–
How do you immagine the future of clubbing Yoshi?
“I love club , but most important thing I think is partying . All people are gathering & talking & feeling music , each communication is important I think…
Gathering is meeting , meeting is people to people , there are love . Future there must be love , because gathering is people to people ,there are feeling. If there are no love in clubbing , there are no hope in clubbing, I think.”
–
–

What kind of things make you satisfaied to make music and djing?
“Feel”

A common question, someone like to speak about that: what’s your opinion about differences between analogical and digital?
“I believe that there are spirit in analogical because analogical includes the air vibe. But digital , digital makes me to easier to editing all the thing.
Each way have each good way. But about the way Djing & all the performance , I think that mistake is really good happening , & there are maybe live thing… People say mistakes is not good , but mistake is most important thing in future, I think !!!

Credits:
Ben is a musician deeply involved on and behind the scene. After various enriching collaborations it is now time for him to introduce his very own projects. He recently remixed Carl Craig’s Innerzone Orchestra project for Planet E and will be releasing an EP on Juan Atkins’s legendary label Metroplex. Ben’s releases are not to miss. They set the standard for many and the minibarians are proud to present his latest piece of art which will kick the dancefloor.

Credits:
Dani Casarano & Felipe Valenzuela’s Melisma imprint has, over the course of its seven releases, swiftly built a strong legion of supporters. Its support of young artists has been bolstered by the inclusion of remixes from internationally acclaimed artists including Lee Van Dowski and Markus Fix. With Satoshi Tomiie’s “Prism Vision” ep still causing global dancefloor waves, Melisma ready themselves to enter the realm of the black gold. Yes sir, Dani and Felipe announce the first of their Melisma Limited series. With only 200 vinyl copies of each ep available and a full digital release some month away, this digi-DJ promo is that much more exclusive! First up and its the label chiefs themselves who take centre stage with “Better Than Less”. The original with its warm and deliciously funky bassline, twisted piano stabs and smooth synth chords is a perfect slice for summer. Ryan Crosson’s rework sees him match the sounds of his electronic laboratory with organic bongo beats. Mysterious, atmospheric and with a brilliantly elasticated bassline, the mix sees the Detroit native take us for a wonderful walk on the wild side. On a similar but far more percussive tip comes Valentino Kanzyani. The Slovenian producer reworks the original in stunning fashion, creating a perfect terrace moment. Welcome to the jungle! Marc Antona – “Love the rhythm of Ryan Crosson’s remix and Valentino’s stylish vision of the track !” Anthony Collins – “Hey guys, Valentino’s remix is super good!!!” Raresh – “Cool tracks inside this EP! Valentino’s mix is my fave.Support!” Luca Bacchetti – “Nice organic elements and atmospheres for Ryan and Valentino, both remixes are great!! Ryan! really digging the percussions and the effected reggae piano . I’m sure I’ll play these versions all summer long. Great job on the original too. 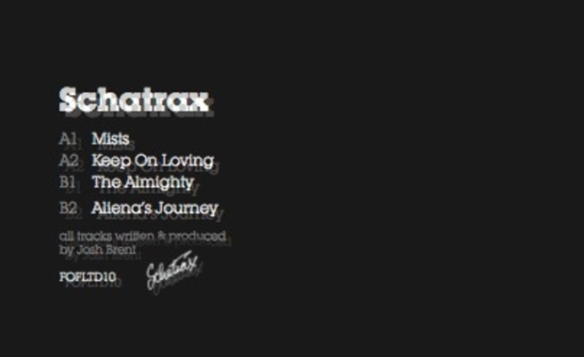 
Credits:
It might be quite obvious to some of you that follow our little label that we have a thing for Schatrax. Some would call it an obsession but we simply call it a crush. Lets face it, the man has made some of the most timeless deep house from these mighty shores that make up the British Isles – what\ s not to love? So, here he is again with \ Mists\ a track previously unreleased but unmistakably Schatrax. Submerged beats, a skippy groove and a simple effective riff are the essence of the track while \ Keep On Loving\ injects a glorious uplifting feel with a bouncing b-line and classic piano riff. Flipsides \ The Almighty\ keeps things deep whilst \ Aliena\ s Groove\ is one of Schatrax\ s signature tracks with it\ s haunting melancholic riff keeping the emotions high. 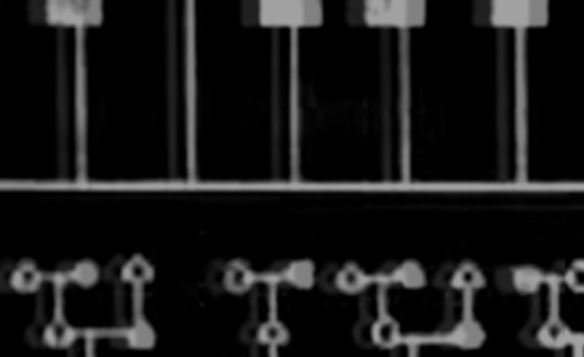 Credits:
Vinyl Only! Mattia Trani, one of the most young and upcoming techno artists in Italy is back with another massive EP called >Groundzero<. Killer dub techno with raw detroit synths. Incl huge Marco Zenker and Unbalance RMXs. Mastered and cut by Rashad Becker @ Dubplates & Mastering, Berlin.